Alrighty, it’s 2013.  Today is the first day of the rest of the year, or something like that…  So, before I get to my Doctor Who weekly obsession (who are we kidding, it’s more like a daily obsession), it’s time to get the list of goals for the new year listed.

5.  Finish the blanket I promised mom I’d make her 3 years ago.

6.  Read through the Bible in a year.

8.  Watch all the Doctor Who episodes, starting with the first ones from back in 1963.

Okay, so this leads into my weekly (at minimum) discussion of all things Who.  It occurred to me two days ago that I can’t really call myself a true Whovian unless I go all the way back to the beginning.  There are a couple hundred episodes and more than a few Doctors for me to catch up on.  I actually started this monumental task on the 30th, but I figured it was better to start early than not at all.  So far I’ve made it through the first three sets of episodes from season 1 (1963).  Here’s my initial conclusions…

-The stories are really good.  Even though there’s so much I dislike about these early episodes, I really like the plots, so it makes it worth it.

-So far, the companion Ian, does almost everything.  The Doctor is pretty much this old guy-that I spend most of the episodes wondering if he’s a dementia patient-that does nothing but be a jerk and cause more problems than actually do any good.  Susan, the Doctor’s granddaughter, is incredibly annoying.  The first episode, Ian and Barabara (her teachers, who end up becoming the first human companions to the Doctor) both spend quite awhile discussing how smart Susan is.  I’m not necessarily doubting her intelligence, but I’d like to be given some evidence of it.

-Speaking of the women, man have times changed since 1963.  Basically, the sole role of the women thus far has been to scream at everything and do absolutely nothing to help themselves.  Seriously.  There’s one part where Susan gets tapped on the shoulder when she thinks she’s alone, and instead of investigating (like one of the modern female companions) she screams and basically has a meltdown.  There’s a lot of screaming done by these two women.  Also, it really bugs me that there’s this general attitude that if the young handsome men don’t do something, it can’t be trusted to be done right.

Also, I spent New Year’s Eve, and New Year’s Day getting mom and dad caught up on season 6 & 7 of the current Doctor.  I’ve now seen the ending of The Angels Take Manhattan about 4 times, and I still bawl like a baby.  I’m super excited to see the Christmas episode and the rest of season 7.

In closing, here’s today’s photos (remember, taking at least one photo every day):

So, I got this bee in my bonnet to try making these brownies I saw on Pinterest.  I started with a box of brownie mix and several packages of peanut butter cups: 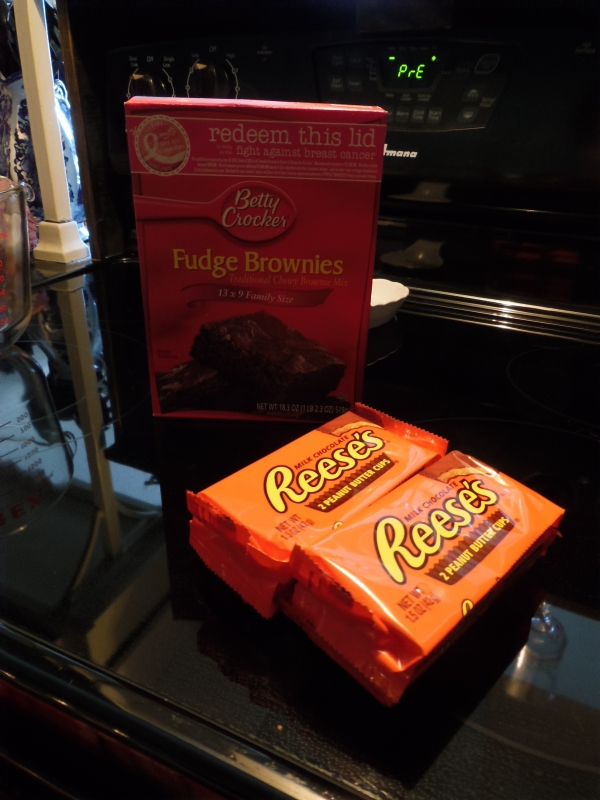 I then made the batter: 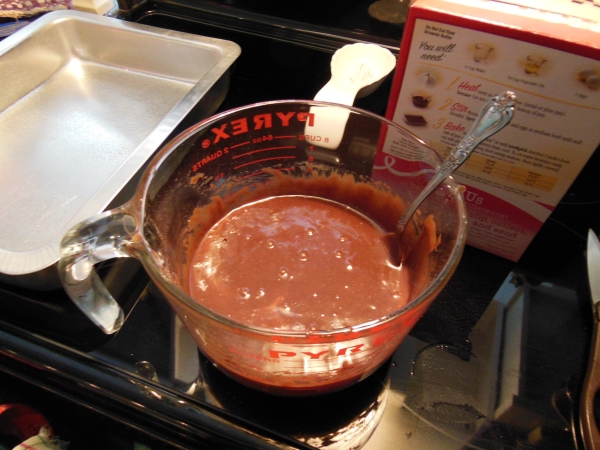 I then poured part of the batter into the bottom of the pan: 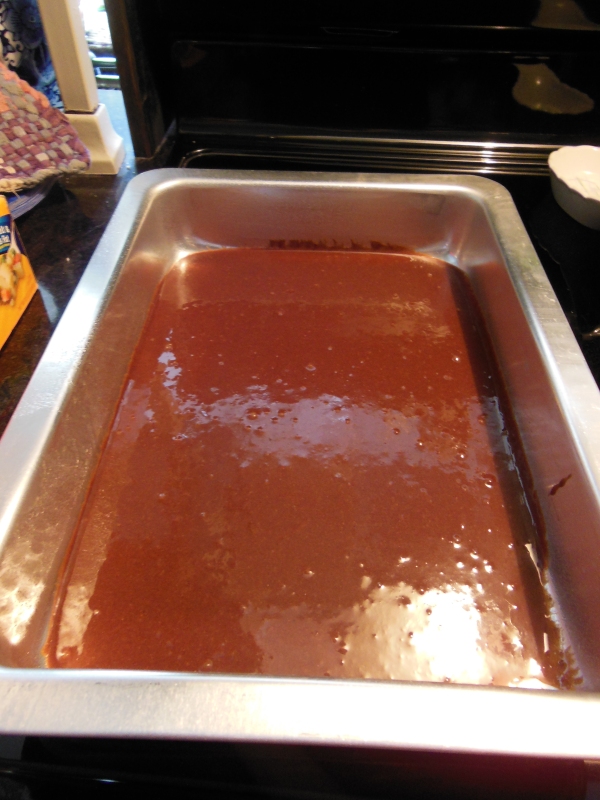 I then laid out the peanut butter cups: 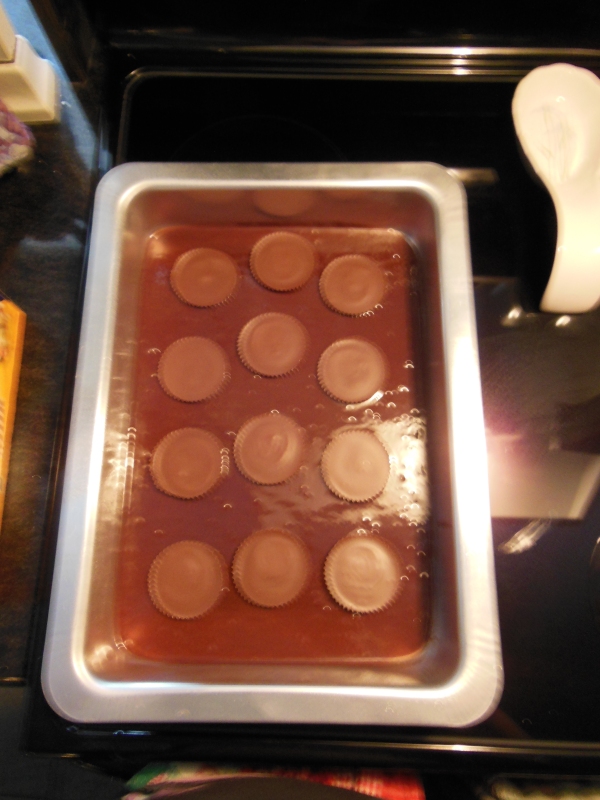 Then I covered that with the remainder of the brownie batter and popped them in the oven.  Then out came this: 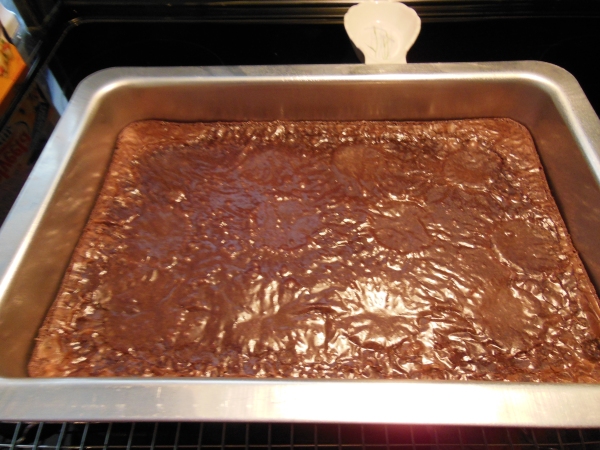 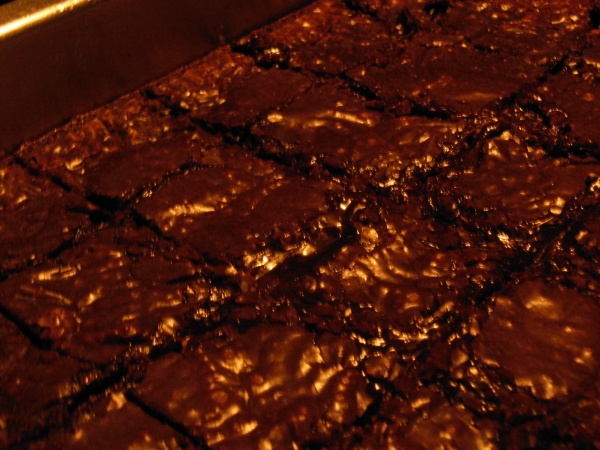 And I ate one: 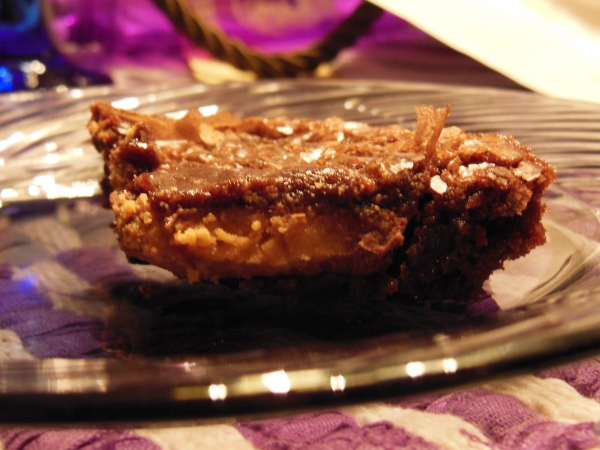 Now, here’s some pictures of my cats.  Howard wasn’t thrilled I was taking pictures: 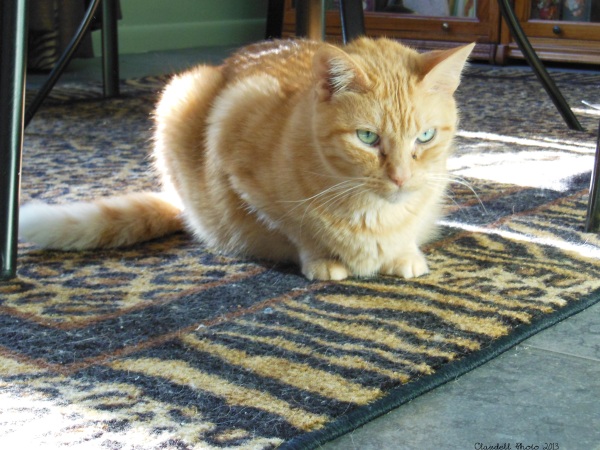 Best picture I’ve ever gotten of Gracie (She always moves before the picture finishes taking, no matter how fast I’ve got the speed set): 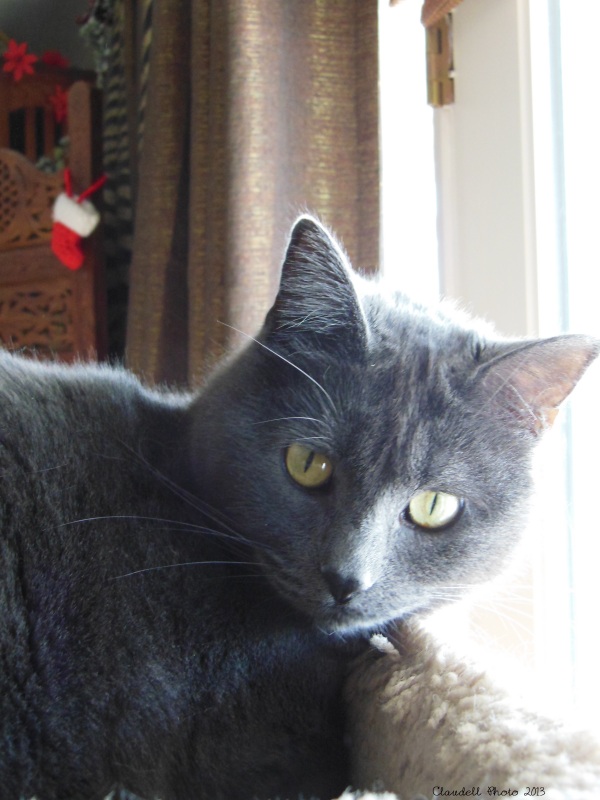 Gracie also has a thing about boxes (mostly, she likes to eat them): 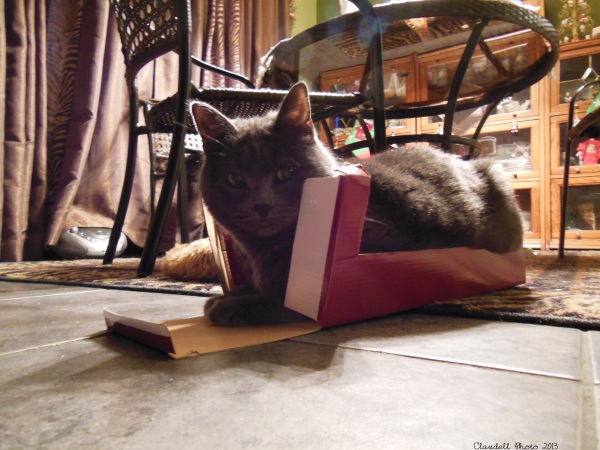 Then, there was sunset and dusk: 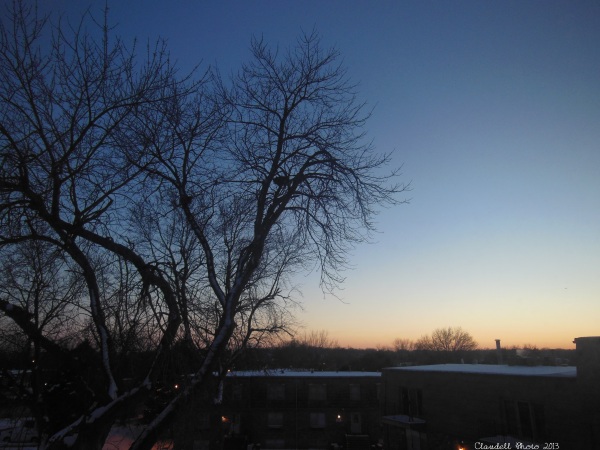 And now, it’s bedtime for Bonzo.